This currency guide to Angola helps you choose the best way to save money on AOA transfers and travel money.    [HKD/AOA=63.84] 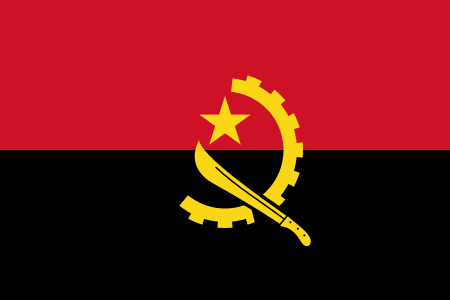 This is a foreign exchange guide to Angola, the Angolan Kwanza currency plus sending AOA transfers and travel tips.

In this Angola currency guide we take a look at :

What is the Angolan Kwanza currency code and symbol?

The three letter currency code for the Angolan Kwanza is AOA.

Is the Angolan Kwanza a closed currency?

Yes the Angolan Kwanza is a closed currency. Which means that you may find it difficult to purchase the currency (AOA) before departure and will probably need to buy it upon arrival. If you do manage to buy some of the currency or have some left over from a previous trip, make sure you are aware if you are allowed to bring this closed currency into the country.

Which countries use the Angolan Kwanza?

It is the domestic currency in Angola.

Angolan Kwanza (AOA) in the markets

The interactive chart below shows the HKD to AOA exchange rate and trend for the previous 3 months:

Angola's economy is among the fastest growing in the world due to its strong mineral and petroleum reserves, especially since the end of the civil war. Despite this, the standard of living remains low for the majority of the population. But its oil, diamonds, natural beauty (and even dinosaur bones) are attracting business travelers, tourists, and paleontologists.

Can I use Credit Cards in Angola?

Travellers are advised that cash, called Kwanza in Angola, is the payment of choice throughout the country, except for at major hotels. Angola’s currency is the Kwanza (Kz or AOA). Not all ATMs in Angola allow access to foreign accounts, and when they do, fraud concerns are present and the charges are exorbitant. Credit cards have limited acceptance and American Express, Visa, and Diners Club may only be used in large hotels and high-end restaurants. There are many ATMs in town, although they rarely accept foreign cards. However its ATM network is growing all the time.

Importing or exporting any amount of kwanzaa is illegal and attempting to will result in penalties, confiscation, and possibly even imprisonment.

The overall picture painted in Angola shows one of increasing stability. While there are lingering elements of the country's civil war - poverty, poor infrastructure and government and police corruption - the country is much improved from the way it was before.Areas like Luanda and Cabinda remain high on the no-go list for many government-run travel sites due to the possibility of political unrest and attacks on tourists. However, you can still see areas of Luanda if you exercise caution.

Are Visas needed for Angola?

Make sure your passport is valid for six months past your last day in Angola and that there are two blank consecutive pages available for the visa. You should also have a yellow fever vaccination card with you, in case an official should ask to see it at the airport. You must get a visa for Angola before leaving for your trip. The main international airport is Quatro de Fevereiro International Airport, located right outside of Luanda. From the airport, you can grab a taxi into the city center.

As mentioned above, the Angolan Kwanza is a closed currency. Which means that you may find it difficult (or be permitted) to purchase the currency (AOA) before departure and will need to buy it upon arrival in Angola.

For these types of destinations, using a pre-paid travel card is a good solution. As no travel cards support loading closed currencies like the AOA you will incur currency conversion or foreign transaction fees if you use a travel money card in Angola.

When searching around for information on how to get a good exchange rate when sending money to Angola you need to start with finding out the latest Angolan Kwanza foreign-transfer exchange rate.

Get a better deal for foreign transfers to Angola

When sending money to Angola it’s important to compare your bank’s rates & fees with those we have negotiated with our partner money transfer providers. To get a better deal you should follow these 4 simple steps :

Use our Send to AOA calculator to compare the exchange rates of FX specialist providers rates versus your bank's standard rates you can hopefully save around 5% and maybe more - end result is more Angolan Kwanza deposited into the recipient bank account and less margins and fees kept by the banks!