This is a currency guide to Azerbaijan, the Azerbaijani Manat currency plus sending (AZN) transfers and travel tips for Azerbaijan.

What's in this Azerbaijan currency guide? 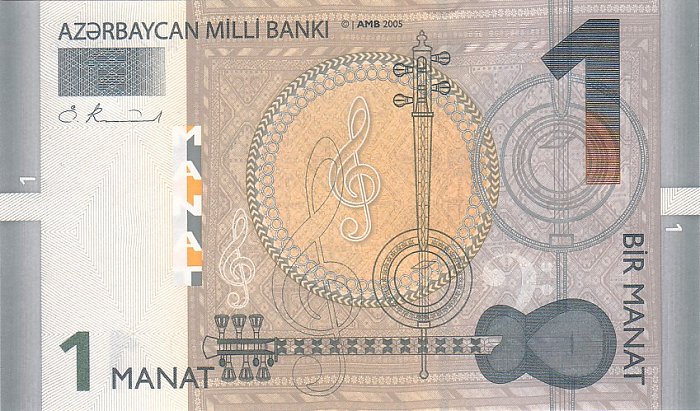 Quick Conversions from US Dollar to Azerbaijani Manat

To calculate specific USD/AZN amounts use our Convert USD to AZN quick calculator.

What currency should I use in Azerbaijan?

The domestic currency in Azerbaijan is the Azerbaijani Manat.

What is the Azerbaijani Manat currency code and symbol?

The three letter currency code for the Azerbaijani Manat is AZN.

How much is U$100 US Dollars in Azerbaijani Manat?

Which countries use the Azerbaijani Manat?

It is the domestic currency in Azerbaijan.

Is the Azerbaijani Manat a closed currency?

No, the Azerbaijani Manat is freely available and convertible. See guide: What is a closed currency?

Azerbaijani Manat (AZN) in the markets

The interactive chart below shows the USD to AZN exchange rate and trend for the previous 3 months:

Selling itself as the 'Land of Fire', Azerbaijan (Azərbaycan) is a tangle of contradictions and contrasts. Neither Europe nor Asia, it's a nexus of ancient historical empires, but also a ‘new’ nation rapidly transforming itself with a super-charged gust of petro-spending. The cosmopolitan capital, Baku, rings a Unesco-listed ancient core with dazzling 21st-century architecture and sits on the oil-rich Caspian Sea. In the surrounding semi-desert are mud volcanoes and curious fire phenomena. Yet barely three hours’ drive away, timeless rural villages, clad in lush orchards and backed by the soaring Great Caucasus mountains are a dramatic contrast. Baku has branches of major international car-rental companies as well as (usually cheaper) local outfits. Hiring a local driver for intercity trips or excursions is worth considering especially if you locate someone who makes the proposed route regularly as a shared taxi (ie he won't need you to pay for his return drive). You can often find such drivers around bus and train stations, though in some cities shared taxis have their own recognised waiting points. Hostels can also find you a driver at prices that can prove favourable to finding a taxi on the street (around US$0.30 per kilometre). Save money and time by Ordering your Azerbaijani Manat online from Travelex, you get better rates and can pick up the AZN cash locally or even on travel day at the airport.

For card purchases if offered a choice of currencies always select to Pay in Azerbaijani Manat otherwise you may get much worst exchange rates.

When searching around for information on how to get a good exchange rate when sending money to Azerbaijan you need to start with finding out the latest Azerbaijani Manat foreign-transfer exchange rate.

Get a better deal for foreign transfers to Azerbaijan

When sending money to Azerbaijan it’s important to compare your bank’s rates & fees with those we have negotiated with our partner money transfer providers. To get a better deal you should follow these 4 simple steps :

Use our Send to Azerbaijani Manat calculator to compare the exchange rates of FX specialist providers rates versus your bank's standard rates you can hopefully save around 5% and maybe more - end result is more Azerbaijani Manat deposited into the recipient bank account and less margins and fees kept by the banks!