This currency guide to Curaçao helps you choose the best way to save money on ANG transfers and travel money.    [USD/ANG=1.675] 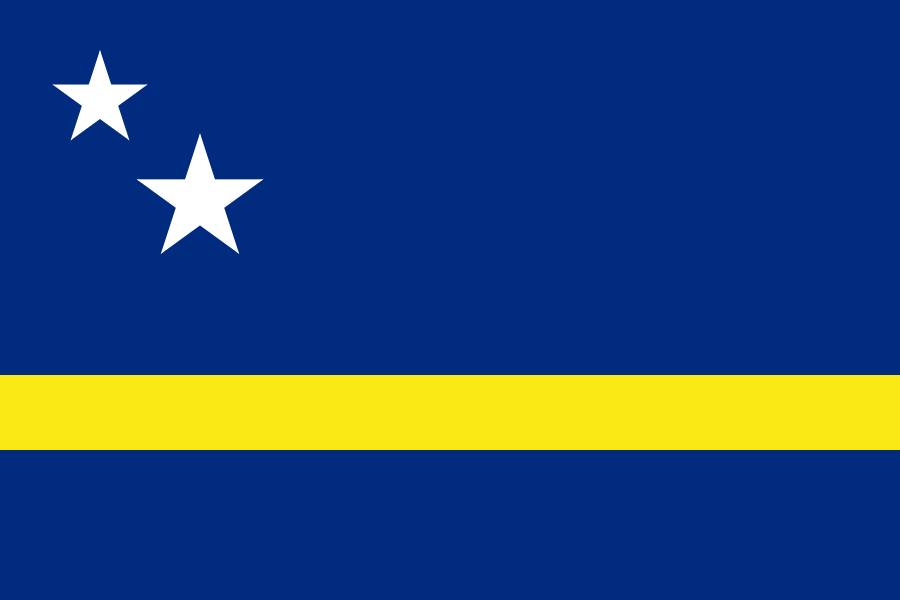 This is a foreign exchange guide to Curaçao, the Netherlands Antillean Guilder currency plus sending ANG transfers and travel tips.

In this Curaçao currency guide we take a look at :

What is the Netherlands Antillean Guilder currency code and symbol?

The three letter currency code for the Netherlands Antillean Guilder is ANG and the symbol is ƒ.

Which countries use the Netherlands Antillean Guilder?

It is the domestic currency in Curaçao and Sint Maarten.

The interactive chart below shows the USD to ANG exchange rate and trend for the previous 3 months:

On a crystal-clear day, you can see the coast of Venezuela from the beaches on the southwest portion of Curaçao. Although the island sits so close to the South American country, it has an extensive history and distinct culture all its own. Teamed with Aruba and Bonaire, Curacao is one of the three “ABC” islands of the Lesser Antilles in the Caribbean. As the largest and most populated of the Netherlands Antilles, Curacao has the most going on and the most “social life.” The island capital, Willemstad, is a bustling city with brightly colored Dutch architecture, and its Old Town area is a designated World Heritage site.

Curaçao has a surging economy beyond tourism, which means that Willemstad has factories, humdrum neighborhoods and sometimes bad traffic. Catering to visitors is not the primary aim here. But if you’re looking for a Caribbean island that is busy setting its own pace, Curaçao is for you.

What currency is accepted in Curacao?

Curaçao currency is the Antillean guilder (also called the florin), which is abbreviated as Nafl. Our Ang. U.S. dollars circulate freely, so it is possible to get by using only American dollars or credit cards. Euros are accepted at some hotels and restaurants, but unlike U.S. dollars, they do not circulate freely. Major credit cards are accepted almost everywhere on the island.

ATM machines can be found all over the island at major population centers and at the airport. To recognize an ATM machine, look for the signs “Bankomatiko” or “Geldautomaat.” Most ATMs offer the option to withdraw in local currency or US dollars. Taxi drivers are usually tipped with 10% of the fare. Restaurants usually add 10% and most hotels a 12% service charge to the bill. Hotels charge an additional 7% government tax. Please note that these are not tips. Of course, tipping is left to your own discretion at all times.

Embrace the local lifestyle. Relax and enjoy a wellness-centric lifestyle with Caribbean flair. Most tourists on Curaçao are Dutch, so remember that European customs like super-late dinners and blunt communication are the norm. U.S. dollars are widely accepted by restaurants, shops, and even by cab drivers. Most important to note, however, is that everything runs on island time. The on-shore reef means that you can go straight from beach to reef, and see an amazing array of sea creatures and coral.

Travel to and around Curacao.

Many international and regional airlines service Curaçao. Being an island, Curaçao is accessible by boat. Despite their proximity to each other, there are no ferries running between the ABC islands. But flights from Curaçao to Aruba and Bonaire are frequent and short on various regional airlines.

Curaçao is part of cruise-ship itineraries that cover the southern Caribbean, often on longer 10-day and two-week trips. Many cruise ships call in Curaçao. The really big ones dock at the Mega Cruise Ship Pier, which is just outside the capital's natural harbor. Smaller ships dock at the Cruise Ship Terminal in the harbor. Taxis wait at the airport and large hotels. Most now have meters.

For a Dutch island, Curaçao is surprisingly lacking in bike lanes and other cycling facilities. Traffic can be perilous in Willemstad, but once you get out of the city there's some pleasant cycling on country and coastal roads. Bicycles are available for rental at many resorts. There is a public bus network on Curaçao, with buses to the West End departing from Otrobanda Bus Station and buses to the southeast departing from Punda Bus Station, both in Willemstad. Most routes run buses every one or two hours.

Renting a car is recommended if you want complete independence in your explorations. Most roads are generally in good condition. Roads in the national parks and other remote spots can be quite rough, though most destinations do not require a 4WD. Gas stations are easy to find; road signs are more difficult.

Save money and time by Ordering your Netherlands Antillean Guilder online from Travelex, you get better rates and can pick up the ANG cash locally or even on travel day at the airport.

For card purchases if offered a choice of currencies always select to Pay in Netherlands Antillean Guilder otherwise you may get much worst exchange rates.

When searching around for information on how to get a good exchange rate when sending money to Curaçao you need to start with finding out the latest Netherlands Antillean Guilder foreign-transfer exchange rate.

Get a better deal for foreign transfers to Curaçao

When sending money to Curaçao it’s important to compare your bank’s rates & fees with those we have negotiated with our partner money transfer providers. To get a better deal you should follow these 4 simple steps :

Use our Send to ANG calculator to compare the exchange rates of FX specialist providers rates versus your bank's standard rates you can hopefully save around 5% and maybe more - end result is more Netherlands Antillean Guilder deposited into the recipient bank account and less margins and fees kept by the banks!