This currency guide to Liberia helps you choose the best way to save money on LRD transfers and travel money.    [HKD/LRD=24.65] 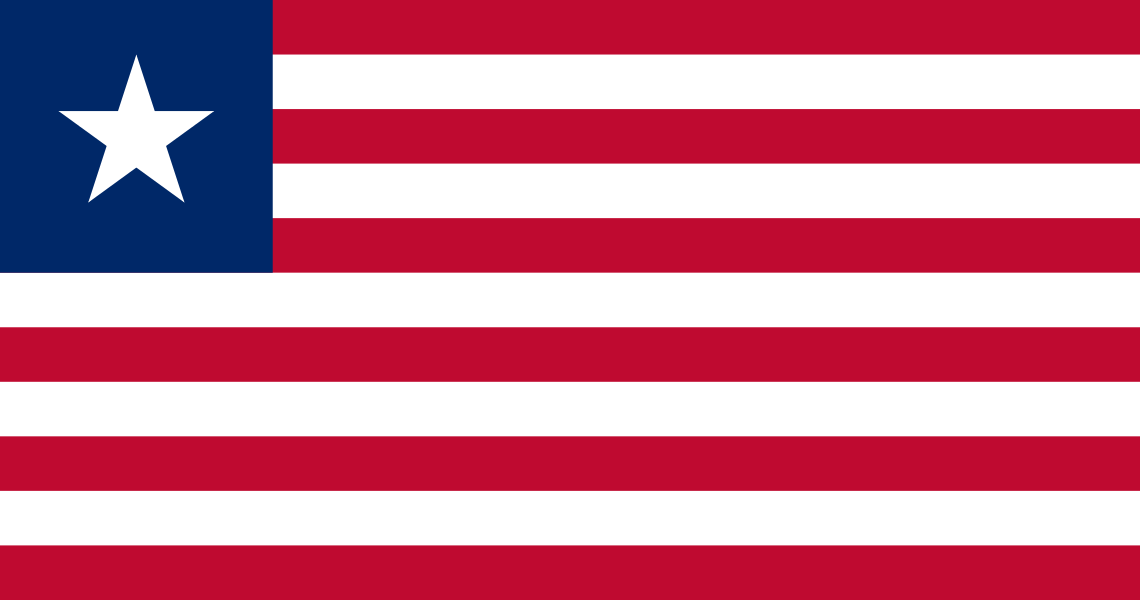 This is a foreign exchange guide to Liberia, the Liberian Dollar currency plus sending LRD transfers and travel tips.

In this Liberia currency guide we take a look at :

What is the Liberian Dollar currency code and symbol?

The three letter currency code for the Liberian Dollar is LRD and the symbol is L$.

Which countries use the Liberian Dollar?

It is the domestic currency in Liberia.

Liberian Dollar (LRD) in the markets

The interactive chart below shows the HKD to LRD exchange rate and trend for the previous 3 months:

It's home to one of West Africa's best national parks, and still hangs on to a confident American spirit mixed with West African roots. And despite the ravages of the past, it is a fantastic place to travel, full of hope and energy. Liberia was founded by freed black slaves during the pre-Civil War antebellum era of the nineteenth century. The capital, Monrovia, was named after James Monroe. Liberia's flag closely resembles the American flag, reflecting the historical ties of Liberia to the United States.

After a decade of dusting themselves off and resuming normal life following their brutal civil war, Liberians experienced another deadly conflict in 2014 – the Ebola virus. While the nation is officially Ebola-free per the WHO, it's struggling economically to recover. With travel restrictions lifted, tourism can play a huge role in this.

English is the official language in Liberia, although dozens of tribal tongues are used, as well. If you’re traveling to remote areas, a local English-speaking guide will prove useful.

What currency should I use in Liberia?

Liberian dollars are the official currency, but US dollars are the usual means of payment for visitors and are accepted everywhere. Visitor should bring enough cash to cover their stay, as ATMs and credit cards are almost unheard of. Rumor has it that a few ATMs are being installed in Monrovia in the near future, but better to be safe than sorry. Other currencies can be exchanged at Monrovia’s Liberian Bank for Development and Investment on Randall Street, which also holds a Western Union office able to process urgent cash transfers overseas within 24 hours.

If someone gives you Liberian Dollars in change, accept it because it will be useful to have some on hand for very small purchases, but once you have a little, be sure to get dollars back (except when your change is less than a dollar, they use local currency in lieu of coins).

Best way to travel in Liberia?

Something to remember is that there are no internal flights within Liberia, nor is there train a service. There are no long distance buses for tourists. The government just received a few buses for public travel and they are usable for travel under the National Transit Authority (NTA) guidance with their main terminal in the Gardnerville suburb. Bush taxis go daily from Monrovia to most destinations, including Buchanan, Gbarnga, Ganta, Sanniquellie and the Sierra Leone border, although distant routes are severely restricted during the rainy season. Minivans (called 'buses') also ply most major routes, although they're more crowded and dangerous than bush taxis.

There is no passenger ferry service within Liberia, but you will find many unofficial canoes and boats providing transport on various waterways in the country.

The police can actually be a bit of a problem. While they're nowhere near as corrupt as they used to be, some members of the police force still stop foreign travellers and not release them until some form of bribe has been delivered, so watch out for that. Make sure you have a copy of your passport on you at all times, so if local authorities do decide to question you, you have readily available proof of identity and nationality.

Save money and time by Ordering your Liberian Dollar online from Travelex, you get better rates and can pick up the LRD cash locally or even on travel day at the airport.

For card purchases if offered a choice of currencies always select to Pay in Liberian Dollar otherwise you may get much worst exchange rates.

When searching around for information on how to get a good exchange rate when sending money to Liberia you need to start with finding out the latest Liberian Dollar foreign-transfer exchange rate.

Get a better deal for foreign transfers to Liberia

When sending money to Liberia it’s important to compare your bank’s rates & fees with those we have negotiated with our partner money transfer providers. To get a better deal you should follow these 4 simple steps :

Use our Send to LRD calculator to compare the exchange rates of FX specialist providers rates versus your bank's standard rates you can hopefully save around 5% and maybe more - end result is more Liberian Dollar deposited into the recipient bank account and less margins and fees kept by the banks!