This currency guide to Paraguay helps you choose the best way to save money on PYG transfers and travel money.    [HKD/PYG=838.62] 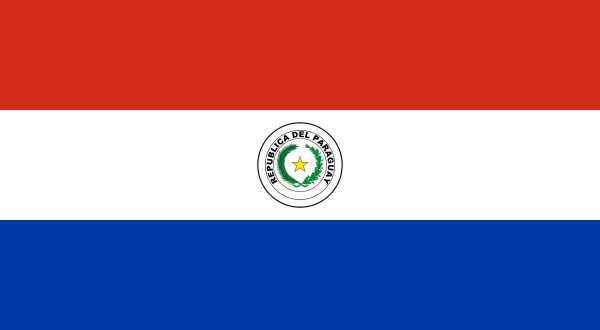 This is a foreign exchange guide to Paraguay, the Paraguayan Guarani currency plus sending PYG transfers and travel tips.

In this Paraguay currency guide we take a look at :

What is the Paraguayan Guarani currency code and symbol?

The three letter currency code for the Paraguayan Guarani is PYG and the symbol is Gs.

Which countries use the Paraguayan Guarani?

It is the domestic currency in Paraguay.

Paraguayan Guarani (PYG) in the markets

The interactive chart below shows the HKD to PYG exchange rate and trend for the previous 3 months:

Paraguay is the forgotten part of South America. Ignored by travellers for so long, the country has never built up its tourist infrastructure. But that is now its greatest charm. This is a country where you can truly get off the beaten track and experience the local culture. There aren’t a lot of large ‘sights’ in Paraguay for the average traveller. That’s one of the reasons why there hasn’t been a large number of tourists. But, as I’ll explain, there are some wonderful things to do which are much more enriching than the average landmark tours of other countries.

What currency is used in Paraguay?

The currency of Paraguay is the guarani (PYG). Banks in Paraguay are mainly found in the Asuncion and Villa Morra areas, with only 35 banks in total in the country. If traveling to rural areas, you should take cash with you from the capital, as credit card usage for purchases is not common. Most banks in Paraguay have limited opening hours, between 7:30 a.m. and 11:00 a.m. on weekdays, although they generally have a 24-hour ATM attached.

Getting around in Paraguay.

By far, bus travel is the most common form of public transport in Paraguay. Urban buses have routes around the big cities, although they are long so it can take a while to reach your final destination. Buses vary in shape and size, although generally they are old, mid-sized vehicles which don’t offer the most comfortable ride. Long distance buses in general are large and comfortable, although you can still expect a bumpy ride on some journeys over seldom maintained roads. Even though Paraguay was the first country in South America to have an operating railroad in the 1800s, as of 2006 there are no working regular passenger services. Almost all of the 235 mile railroad is disused.

Although a landlocked country, Paraguay has over 1,900 miles of inland waterways, so it is possible that you may find yourself on a boat journey at some point in your trip. The Paraguay River, the huge waterway that divides the country in two, can be traveled with Crucero Paraguay who organizes scheduled tours departing from Asuncion. Self-driving around Paraguay is not particularly recommended since many of the long-distance roads are only one lane and in poor condition.

What language is spoken in Paraguay?

Paraguay has two official languages: Spanish and Guarani. Guarani is the native language of the indigenous people and has stood the test of time, even after many centuries of Spanish colonialism. It is largely spoken in rural areas. About 90 percent of Paraguayans speak Guarani. Spanish is spoken in the cities and urban areas although in the countryside, many people speak Spanish as a second language. There is a dialect called Jopara which is a mixture of Spanish and Guarani. English is spoken by most hotel and tour company staff. The cities in Paraguay are not the country’s most interesting places but it is inevitable that you will pass through a few of them if you are travelling around the country.

Save money and time by Ordering your Paraguayan Guarani online from Travelex, you get better rates and can pick up the PYG cash locally or even on travel day at the airport.

For card purchases if offered a choice of currencies always select to Pay in Paraguayan Guarani otherwise you may get much worst exchange rates.

When searching around for information on how to get a good exchange rate when sending money to Paraguay you need to start with finding out the latest Paraguayan Guarani foreign-transfer exchange rate.

Get a better deal for foreign transfers to Paraguay

When sending money to Paraguay it’s important to compare your bank’s rates & fees with those we have negotiated with our partner money transfer providers. To get a better deal you should follow these 4 simple steps :

Use our Send to PYG calculator to compare the exchange rates of FX specialist providers rates versus your bank's standard rates you can hopefully save around 5% and maybe more - end result is more Paraguayan Guarani deposited into the recipient bank account and less margins and fees kept by the banks!