This currency guide to the South Georgia And South Sandwich Islands helps you choose the best way to save money on GBP transfers and travel money.    [HKD/GBP=0.09841] 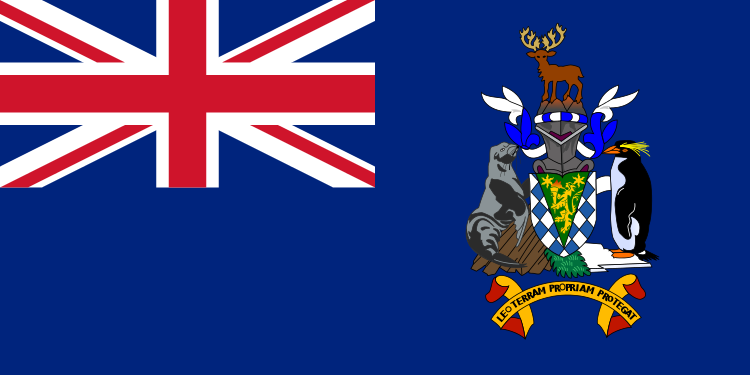 This is a foreign exchange guide to the South Georgia And South Sandwich Islands, the British Pound Sterling currency plus sending GBP transfers and travel tips.

In this the South Georgia And South Sandwich Islands currency guide we take a look at :

The interactive chart below shows the HKD to GBP exchange rate and trend for the previous 3 months:

South Georgia is one of the most visited locations in Antarctica. It is spectacularly picturesque and is frequently described as being "The Alps in the mid-ocean". Over half the island is permanently glaciated, wildlife is abundant, approach by sea is usually straightforward and it is steeped in the history of Antarctic exploration and the stories and relics of Antarctic whalers and sealers.

The South Sandwich Islands on the other hand are isolated and are not often visited other than by survey ships on scientific excursions. The prevailing weather conditions usually make the approach difficult, they rise very steeply out of the sea and are subject to active volcanism. The only access to South Georgia or the South Sandwich Islands is by sea, there are no flights.There is a small gift shop at Grytviken which will accept Falkland pounds, British pounds, American dollars and Euros. Water is sold by the tonne. Most large ships visiting the islands will sell basic supplies (razors, shampoo, hats, snacks), but otherwise it is unlikely you will have any use for whatever money you bring with you. As a British territory with such a small population and being as remote as it is, English is spoken by everyone. Grytviken is the one place on South Georgia still occupied today by the scientists and crew of the British Antarctic Survey. The name Grytviken means 'Pot Cove' after the sealers trypots, used for recovering the blubber from seals which were found there. It is the best harbour on the island, being a bay within a bay.

Travel money for the South Georgia And South Sandwich Islands

Sending money to the South Georgia And South Sandwich Islands

When searching around for information on how to get a good exchange rate when sending money to the South Georgia And South Sandwich Islands you need to start with finding out the latest British Pound Sterling foreign-transfer exchange rate.

When sending money to the South Georgia And South Sandwich Islands it’s important to compare your bank’s rates & fees with those we have negotiated with our partner money transfer providers. To get a better deal you should follow these 4 simple steps :