This currency guide to Uzbekistan helps you choose the best way to save money on UZS transfers and travel money.    [HKD/UZS=1228.7] 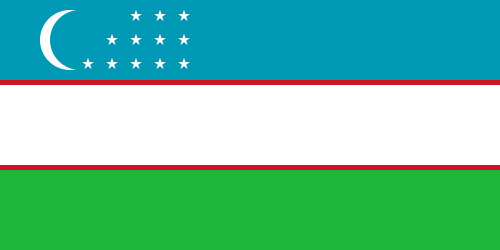 This is a foreign exchange guide to Uzbekistan, the Uzbekistan Som currency plus sending UZS transfers and travel tips.

In this Uzbekistan currency guide we take a look at :

What is the Uzbekistan Som currency code and symbol?

The three letter currency code for the Uzbekistan Som is UZS and the symbol is лв.

Is the Uzbekistan Som a closed currency?

Yes the Uzbekistan Som is a closed currency. Which means that you may find it difficult to purchase the currency (UZS) before departure and will probably need to buy it upon arrival. If you do manage to buy some of the currency or have some left over from a previous trip, make sure you are aware if you are allowed to bring this closed currency into the country.

Which countries use the Uzbekistan Som?

It is the domestic currency in Uzbekistan.

Uzbekistan Som (UZS) in the markets

The interactive chart below shows the HKD to UZS exchange rate and trend for the previous 3 months:

The region’s cradle of culture for more than two millennia, Uzbekistan is the proud home to a spellbinding arsenal of architecture and ancient cities, all deeply infused with the bloody, fascinating history of the Silk Road. In terms of sights alone, Uzbekistan is Central Asia's biggest draw and most impressive showstopper.

Samarkand, Bukhara and Khiva never fail to impress visitors with their fabulous mosques, medressas and mausoleums, while its more eccentric attractions, such as the fast disappearing Aral Sea, the fortresses of desperately remote Karakalpakstan, its boom town capital Tashkent and the ecotourism opportunities of the Nuratau Mountains, mean that even the most diverse tastes can be catered for.

Despite being a harshly governed police state, Uzbekistan remains an extremely friendly country where hospitality remains an essential element of daily life and you'll be made to feel genuinely welcome by the people you meet.

The Registan was the heart of the ancient city of Samarkand of the Timurid dynasty.

What currency to use in Uzbekistan?

The currency of Uzbekistan is the Cym (pronounced "soom" - with "oo" as in "book"), though dollars are generally much more useful for purchases in hotels or shops. It is almost impossible to obtain Uzbek money outside of Uzbekistan.

There are ATM’s, but they don’t always work and it might take some time to find one. If you are ok with traveling with cash in your pocket, it will save you some time running around the city trying to find a working ATM. Since you can now easily exchange money at a fair and official rate, you can also bring Euros, British pounds and Japanese Yen. These are the 4 currencies we have so far seen advertised in banks. There is the possibility to withdraw dollars in the ATMs of luxury hotels. For instance in Tashkent the Grand Mir hotel, Uzbekistan hotel, Radisson Blu and other 5-star hotels all offer this option.

There are exchange offices in Bukhara and Khiva, as well as in the Tashkent airport. Elsewhere, you need to go to the bank. Souvenir shops with good turnover readily exchange small dollar notes at a c.5% penalty compared to the typical bank.

Paying with credit cards is possible in a few high-end hotels and restaurants in Tashkent, where you can also get cash advances on your card. It varies if Mastercard or Visa is more widely accepted, it depends who you talk to. 3% commission is normal.

The streets of Bukhara.

How to get around in Uzbekistan?

Travelling by air is good value in Uzbekistan and it's a great way to cover the large distances between big cities. Flights do fill up though, so try to book at least several days in advance during high season. Uzbekistan Airways has convenient booking offices in Tashkent, but elsewhere it's easier to buy tickets online or in one of the many aviakassa (travel agencies). At the time of writing, Uzbekistan Airways had just changed its pricing system for foreigners from fares quoted in US dollars to fares paid in Uzbek som converted at the old exchange rate. This means that domestic airfares were halved. The airline will probably adjust these fares over time, but if you are lucky you might still get a bargain-priced domestic flight.

Clapped-out state buses have almost disappeared from Uzbek roads and long-distance buses of any kind are increasingly hard to find. For shorter distance between towns you will find 11- to 14-seat Russian-made ‘Gazelle’ vans. For shorter suburban trips you'll find cramped seven-seat Daewoo Damas minivans. In general you are almost always better off with a shared taxi, if there is one.

Shah-i-Zinda is a necropolis in the north-eastern part of Samarkand, Uzbekistan

Driving your own vehicle across Uzbekistan is possible, provided you have insurance from your home country and a valid international driving licence. Be prepared for the same kind of hassles you’ll experience anywhere in the former Soviet Union: lots of random stops and traffic cops fishing for bribes. Driving is on the right. There are no car-rental agencies, so you'll need to hire a taxi and driver, either from the bazaar or through a B&B or a tour agency.

Shared taxis are easily the best way to get around Uzbekistan, and most of Central Asia in general. They ply all the main intercity routes and also congregate at most border points. They leave when full from set locations – usually from near bus stations – and run all day until late afternoon. Prices fluctuate somewhat and there is always room for negotiation. One advantage to shared taxis over buses is that they will often drop you off at your hotel rather than a suburban bus station (though this depends on the destination and the driver). You can always buy extra seats (or even all four seats) if you're in a hurry or prefer to travel in comfort. This is the standard way most travellers with a midrange budget get around in Uzbekistan and it's much cheaper than hiring a car and driver through a travel agency.

If you’re intrigued by the ancient Silk Road but don’t have the time to travel its length from China to Turkey, you’ll find three of the route’s most important cities in Uzbekistan. Khiva, Bukhara and Samarkand were key stop-offs for traders, and have all been painstakingly restored to their former glory – think glittering minarets, voluptuous domes and hypnotic mosaics. With a little planning you can squeeze them all into a week, making this the perfect bite of Silk Road splendour.

Tashkent – Uzbekistan’s capital – was completely destroyed by an earthquake in 1966, while the country was under Soviet rule. Some 300,000 people were left homeless, but with matchless Soviet muscle the entire city was rebuilt and restored – indeed, it is said that construction work started the day after the quake. As a result, you’ll find a charming mish-mash of restored 12th-century mosques and classical Russian architecture alongside blocky Brutalist buildings and statues of workers with bulging biceps.

The walled city of Khiva is a living museum, protected by Unesco but still populated by Uzbek families and businesses. It was founded in the 6th century, and thrived as a Silk Road trading city – with increasingly ornate mosques, mausoleums and madrassas (religious schools) added to its labyrinth of streets, all of which have been artfully restored.

As mentioned above, the Uzbekistan Som is a closed currency. Which means that you may find it difficult (or be permitted) to purchase the currency (UZS) before departure and will need to buy it upon arrival in Uzbekistan.

For these types of destinations, using a pre-paid travel card is a good solution. As no travel cards support loading closed currencies like the UZS you will incur currency conversion or foreign transaction fees if you use a travel money card in Uzbekistan.

When searching around for information on how to get a good exchange rate when sending money to Uzbekistan you need to start with finding out the latest Uzbekistan Som foreign-transfer exchange rate.

Get a better deal for foreign transfers to Uzbekistan

When sending money to Uzbekistan it’s important to compare your bank’s rates & fees with those we have negotiated with our partner money transfer providers. To get a better deal you should follow these 4 simple steps :

Use our Send to UZS calculator to compare the exchange rates of FX specialist providers rates versus your bank's standard rates you can hopefully save around 5% and maybe more - end result is more Uzbekistan Som deposited into the recipient bank account and less margins and fees kept by the banks!