This currency guide to Zimbabwe helps you choose the best way to save money on EUR transfers and travel money.    [USD/EUR=0.9072] 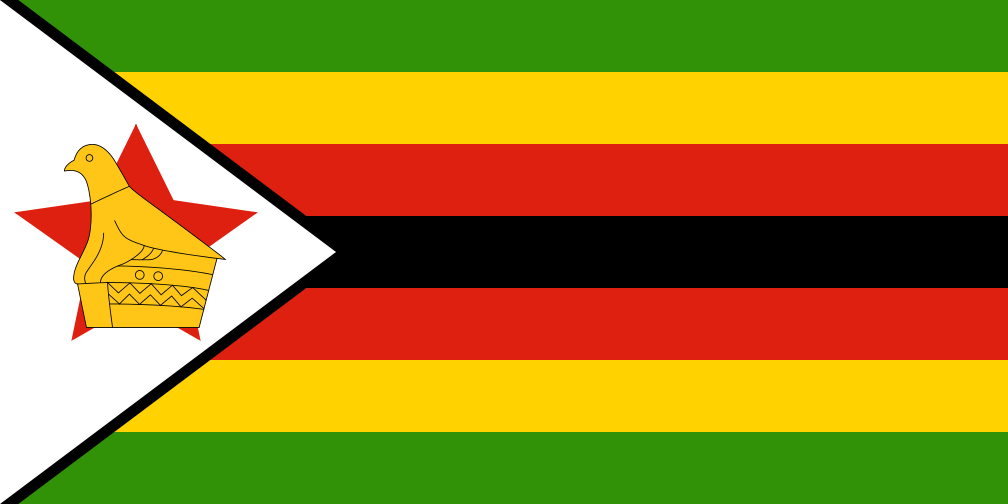 This is a foreign exchange guide to Zimbabwe, the United States Dollar currency plus sending USD transfers and travel tips.

In this Zimbabwe currency guide we take a look at :

Growing fears of the coronavirus outbreak has moved the market into safer currencies such as the USD and away from AUD, NZD and CAD.

Throughout its past two decades of governmental mismanagement, political violence and economic disaster, Zimbabwe continued to welcome visitors with the same grace and politeness that they were famed for. And as a result those who did travel here usually left insisting that that the country was hands down one of the safest, friendliest and most spectacular countries on the continent.

Around 70% of Zimbabwe's 12 million people are Shona-speaking while some 20% are Ndebele speakers. English, the country's official language, is widely spoken and visitors to Zimbabwe are often struck by the friendliness and optimism of its people, despite recent hardships. The country is a profoundly religious one - nearly two thirds of the population attends church regularly - and some 85% consider themselves Christian.

What currency should I use in Zimbabwe?

The U.S. dollar is the official currency for governmental transactions in Zimbabwe. Also legal tender and widely accepted for non-governmental transactions are the Euro, the British Pound Sterling, the Pula, the South African Rand, plus several other currencies.You should check in advance if a restaurant or hotel will accept cards, especially outside Harare.

Most people rely on electronic bank transfers or mobile money to pay their bills, usually at a hefty premium.

Zimbabwe has introduced a local issue of Bond Coins to supplement the current money supply. The coins come the denominations of 1, 5, 10, 25 and 50 cents - they are on par with American coins. In supermarkets, you may be given change in chewing gum or sweets if there is no coinage available. Haggling for a better price is common, but keep in mind that most people are very poor.

It’s illegal to leave Zimbabwe with more than $2,000 (or equivalent) in cash. It’s illegal to exchange foreign currency anywhere other than at officially licensed dealers (eg banks). Carry small denomination notes as change is rarely available in smaller businesses. Can you use credit cards in Zimbabwe?

The use of credit cards is still very limited, with only a few service providers accepting VISA or MasterCards in Zimbabwe.

Can you withdraw cash from ATMs in Zimbabwe?

ATM use is very limited for non-citizens, so please do yourself a favour and come with plenty of cash on hand. Zimbabwe is currently experiencing a severe shortage of cash so it’s mostly not currently possible to make cash withdrawals with an international bank card.

What is the ATM withdrawal limit in Zimbabwe?

Banks allow customers to withdraw just $20 a day, not in real dollars but in local bond notes. Long queues form each morning.

How to travel around Zimbabwe?

The express or ‘luxury’ buses operate according to published timetables. Check carefully, however, as most bus companies have both local (‘chicken buses’ for locals) and luxury coaches. For example, Pioneer and Zupco have both luxury and chicken buses.

Taxis are safe and reliable and can be booked through your hotel front desk. Most are metered, charging around US$2.50 for 1km at the time of writing. Taxis in cities travel within a 40km radius of the city. Always take a taxi at night.

Connecting Harare, Bulawayo, Mutare and Victoria Falls, all major train services travel at night. The most popular route is from Vic Falls to Bulawayo. Definitely opt for first class, which is good value, comfortable and gets you a sleeping compartment. When searching around for information on how to get a good exchange rate when sending money to Zimbabwe you need to start with finding out the latest United States Dollar foreign-transfer exchange rate.

Two years ago money in Zimbabwe was simple, everyone used the US dollar, introduced in 2009 after hyperinflation destroyed the Zimbabwean version.

Since then, however, banks have run out of real dollars because the cash-strapped and unscrupulous government grabs them in exchange for all-but-worthless IOUS.

Get a better deal for foreign transfers to Zimbabwe

When sending money to Zimbabwe it’s important to compare your bank’s rates & fees with those we have negotiated with our partner money transfer providers. To get a better deal you should follow these 4 simple steps :