The US dollar and Japanese yen soared on Friday as traders fled risk-sensitive currencies. Turmoil in emerging market FX is being led by the Turkish lira, which fell 15 percent in twelve hours after President Trump doubled tariffs on Turkish steel and aluminium imports.

President Trump added further fuel to the Turkish lira rout on Friday after he announced massive increases to tariffs on Turkish steel and aluminium imports. Beginning early in the European session, the lira tumbled from levels near 5.55 per dollar to a record low (USD/TRY high) of 6.65 shortly after lunch. As of writing, a little after 9pm GMT, the dollar fetched 6.42 lira.

Although emerging market currencies as a whole were hammered on Friday as one might expect – USD/RUB approached ₽68.0 for the first time in two years, USD/ZAR breached R14.0 for the first time since November and USD/ARS threatened June’s all-time high at levels above $29.0 – fears of contagion spread beyond Turkey’s traditional EM peers; the euro, for example, slumped to a thirteen-month low of $1.1390 as traders rushed to assess the exposure of Spanish, Italian and French banks to Turkish borrowers. The euro fell even more sharply relative to the yen, to ¥126.0.

Of the other majors, falling especially hard versus the dollar and yen were the New Zealand dollar ($0.6575, ¥72.90) and British pound ($1.2740, ¥141.0), both of which have been losing value for some time and were hardly in need of further shorting catalysts.

The dollar lost out marginally against the yen, to levels around ¥110.75, but climbed to a thirteen-month high versus a basket of currencies, as measured by the Dollar Index which stands as of writing at 96.35. Further to a flight to safety, the high-flying greenback benefitted on Friday from news that US core consumer prices (excluding volatile food and energy goods) grew in July at their fastest pace in a decade, at 2.4 percent.

Back in Turkey, authorities have seemingly allowed events to spiral out of control. The country’s central bank surprised markets in July when it held interest rates unchanged at 17.75 percent (a 100-basis point hike was priced in), leading investors to question the bank’s independence. President Recep Tayyip Erdogan’s increased control over financial matters in Turkey since his re-election in June has been seen as a lira-negative development, especially given his frequent criticisms of high interest rates. 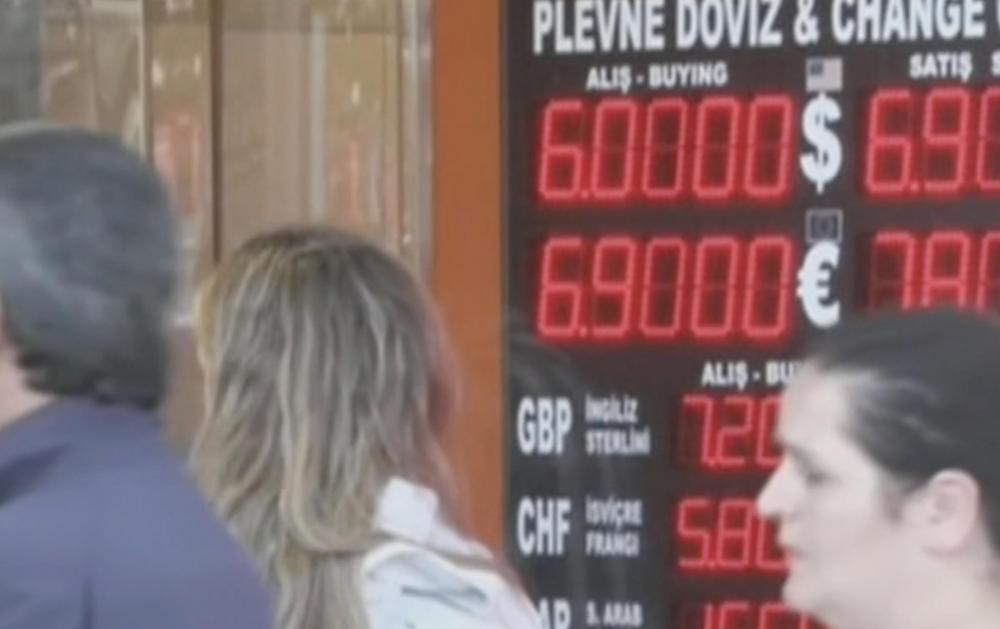 Turkey continues to struggle with high inflation, now above 15 percent; its foreign loan repayments, not helped by the stronger US dollar; and threats to global trade arising from protectionist measures introduced by Washington this year.

In a statement confirming elevated tariffs on Turkey, the White House said on Friday:

“The President has authorized the preparation of documents to raise tariffs on imports of steel and aluminum from Turkey. Section 232 tariffs are imposed on imports from particular countries whose exports threaten to impair national security as defined in Section 232, independent of negotiations on trade or any other matter.”

Turkish President Erdogan remains defiant and has urged Turks to buy lira to support what has now become a “national and domestic battle.”

“If there is anyone who has dollars or gold under their pillows, they should go exchange it for liras at our banks,” Erdogan told a crowd in Bayburt province.