Property debt crisis in China, central bank bond policy and the energy crisis are combining for a volatile October - it is ever thus!

In October, currency markets are volatile driven by the interplay of three currents — the continuing property market debt crisis in China — hawkish predictions for central bank bond buying and interest rate policy — and the energy crisis in Europe and China.

The resolution of the U.S. Senate debt ceiling standoff has helped the greenback to multi-month highs against a range of cross-rates with the US Dollar index powering to a 1 year high.

The USD had a strong month in September, outperforming all the G10 currencies. The gains can be attributed to more ‘hawkish’ commentary from the US Federal Reserve, especially in comparison to the European Central Bank.

Dollar strength and German political uncertainty sees the Eurozone single currency on the decline and at 1 YEAR LOWS versus the greenback touching the 1.15 level vs the greenback.

There will be a close eye kept on Eurozone inflation data on October 29, any upside surprise could support the euro.

The emergence of Evergrande and other significant roadblocks such as energy shortages in Europe and China impacting the global economic recovery throughout September prompted a shift in the underlying risk narrative, causing unfavourable conditions for commodity currencies like the AUD. AUD Outlook

In early September, AUD broke 0.74 USD, however due to erosion in risk sentiment sparked by the Evergrande crisis, then steadily declined toward 0.72 USD.

Despite the pessimistic outlook there OFX see an opportunity should there be any uptick in global risk sentiment, accelerating a broader AUD rebound towards 0.75 USD.

Changing expectations around US Federal Reserve policy and a less positive outlook for global growth have weighed on the Aussie to Euro rate this year.

However, increased gas prices heading into the northern winter have helped the AUD/EUR rate to rise back above the 0.63 level.

The energy crisis has pushed the Pound down against the Australian dollar plus AUD is benefiting from gas and coal prices increases.

ING think CAD is in oversold territory. They expect more tapering by the Bank of Canada to support the Canadian dollar into year-end, and the short positioning may help limit the loonie’s downside. CAD Outlook

Into October, broader risk sentiment is driving direction for commodity currencies like the loonie. If the global equity volatility eases, we could see domestic data take the front seat in driving the currency direction.

The pound sunk in September to 1.34 against the greenback but has recovered into October near 1.36 after Boris called the army out to drive the fuel trucks.

The energy crisis has pushed the Pound down against the Australian dollar plus AUD is benefiting from gas and coal prices increases.

The rupee weakness in September has continued into October dropping from 73 to 75 per USD, after powering ahead in late August gaining almost 2% as speculation grew that the central bank was relaxing its control over the currency. USD-INR Outlook

The US dollar surged to 6-Month Highs against the Mexican peso in October as as bond yields have risen sharply on predictions the US Fed will start tapering (cutting back on Bond purchases).

But the peso was not alone as most other Latin American currencies dropped as the dollar strengthened.

In September, the JPY traded within recent ranges of 109 – 111 JPY until the last week of the month.

Continued market volatility could support a lower USDJPY in October and the expectation that potential Prime Minister Kishida will maintain current monetary policy could also pressure the yen lower.

There was then some reprieve in the risk-off market sentiment helping the Swissie back to the 1.08 level vs the greenback.

We can expect a volatile outlook for SGD against major currencies in October as Singapore’s Central Bank, the MAS, is expected to release their policy statement with views on the trajectory of the SGD.

Should current negative sentiment prevail in October, NZD could test August lows towards 68.20 USD. However, hawkish commentary from RBNZ and an uptick in positive risk sentiment could see the NZD cement an appreciation above or beyond 0.70 USD. NZD Outlook

The Indian rupee has dropped to its lowest level against a range of currencies since April as the Reserve Bank of India kept its monetary policy unchanged.

Most Asian currencies have weakened against the dollar on fears that surging energy prices could spur inflation and interest rate hikes.

India imports most of its oil requirements and higher crude prices tend to push up domestic inflation.

The rupee weakness in September has continued into October dropping from 73 to 75 per USD, after powering ahead in late August gaining almost 2% as speculation grew that the central bank was relaxing its control over the currency. USD-INR Outlook

In September the ‘risk off’ market mood had pushed the Canadian dollar down against the Rupee. Also helping the rupee was speculation the Indian central bank was relaxing its control over INR.

However in October CAD/INR has risen from 57 to above 60, the loonie has been helped along by the end of any election uncertainty and the strong demand for gas from the energy crisis in Europe.

In September the European energy crisis pushed the Pound down against the Rupee. At the end of the month the GBP/INR exchange rate hit a low below the 100 mark but has recovered into October after Boris called the army out to drive the fuel trucks. GBP-INR Outlook

AUD/INR has risen 3 percent back to the 55 level since late September mainly due to AUD strength as Australia profits from energy prices hikes.

In September the ‘risk off’ market mood has pushed the Australian dollar further down against the Rupee. After peaking in April near 58 the AUD/INR exchange rate changed direction and has headed down towards the 53-54 mark. 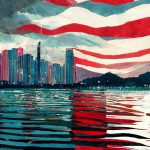 The strength of the US dollar and interest rate movements by the Federal Reserve are behind the weakness of Asian currencies. 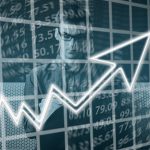 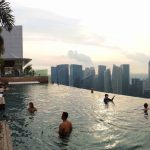