A practical foreign exchange and currency guide to Kuwait

What's in this Kuwait currency guide:

What currency is used in Kuwait?

The official currency of Kuwait is the Kuwaiti dinar, with symbol د.ك and currency code KWD.

Things to know about the Kuwaiti dinar 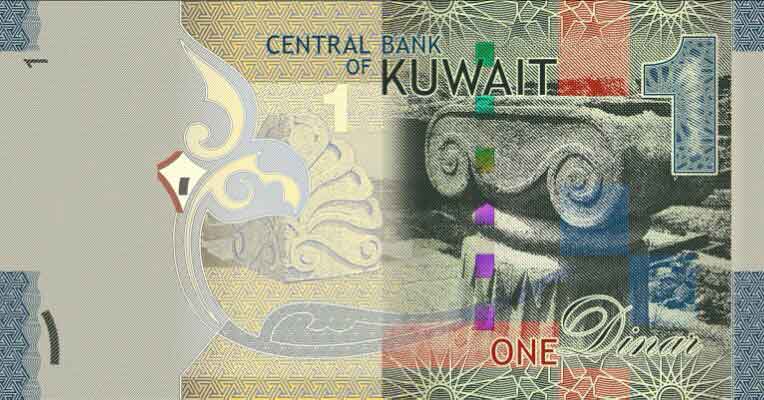 The below comparison table makes it easy to find the best exchange rates and lowest fees when you want to make a Transfer or Spend Kuwaiti dinar.

Getting around in Kuwait.

Kuwait’s transport network is almost entirely contained within Kuwait City. Moreover, due to its size, all transport is road-based in the country, with buses providing the only form of public transport. The bus network in Kuwait is generally cheap and efficient, though don’t expect to be dropped off at any any major visitor attraction, as the network was designed with locals in mind. The majority of routes are run by the Kuwait Public Transport Company (KPTC) which has services going all over the county, as well as into other Gulf states. The KPTC also runs a ferry service to Failaka Island, a popular day trip for locals and tourists alike, which leaves daily from Ras Salmiya.

Unusual vehicle patterns and unconventional driving habits usually make tourists choose not to rent a car in Kuwait. Kuwaiti driving is some of the worst in the world, and is the biggest killer in Kuwait. Hire a driver or get to know a good local taxi driver. While the roads are good in Kuwait, the driving skills and level of respect for road rules may not match those from other countries. The good news is that taxis are very reasonably priced. A taxi from the airport is about KD6 (approx U$20).

Local laws and traditions in Kuwait.

Kuwait is a Muslim country and while not as conservative as many of its Gulf neighbours, you should behave and dress in a respectful way.

Respect local traditions, customs, laws and religions at all times and be aware of your actions to ensure that they do not offend other cultures or religious beliefs, especially during the holy month of Ramadan or if you intend to visit religious areas. Also, as Kuwait was part of the Gulf War, which was not all that long ago there are still unexploded munitions, including landmines in many rural areas, at beaches and recreational sites. Do not stray from well-travelled roads, stay on clearly identifiable tracks, and exercise great care, because there is a danger of unexploded ordnance even if an area has been officially cleared.

In terms of weather and environmental concerns, sand and dust storms occur regularly and flooding is not uncommon. Being a Gulf state Kuwait often experiences extremely high temperatures.