A practical foreign exchange and currency guide to Turkmenistan

What's in this Turkmenistan currency guide:

What currency is used in Turkmenistan?

Things to know about the Turkmenistani manat

The below comparison table makes it easy to find the best exchange rates and lowest fees when you want to make a Transfer or Spend Turkmenistani manat.

By far the most mysterious and unexplored of Central Asia’s ‘stans, Turkmenistan became famous for the truly bizarre dictatorship of Saparmyrat Niyazov, who ruled as ‘Turkmenbashi’ (‘leader of the Turkmen’) until his death in 2006. Niyazov covered this little-known desert republic with grandiose monuments and golden statues of himself. Although many of these statues have since been dismantled, plenty of visitors still think of Turkmenistan as a sort of totalitarian theme park. But the least-visited of Central Asia’s countries is far more than this – it’s an ancient land of great spirituality, tradition and natural beauty.

Air transport is well priced and generally reliable, and well worth considering if you’re in a hurry. Domestic Turkmenistan Airlines flights are heavily subsidised for locals (although not foreigners). Consequently demand is high and flights need to be booked in advance. Turkmenistan Airlines serves the country’s main cities with a fleet of modern Boeing 717s. As the main hub, most flights go in and out of Ashgabat, though there are also flights from Dashoguz to Turkmenbashi, Mary and Turkmenabat; from Mary to Turkmenbashi; and from Turkmenbashi to Turkmenabat.

Marshrutkas and minibuses are the most effective way to get around, though they’re cramped for long journeys and you’ll often have to wait for some time until they’re full for them to depart. Shared taxis are a good alternative to marshrutkas, being faster and more comfortable (and you can even buy the remaining seats in a vehicle if you’re in a hurry to get going). Buses are a slow but cheap way to get around. The Ministry of Motor Transport lists routes, timetables and fares – all, rather remarkably, in English: http://www.awtomenzil.gov.tm.

Driving through Turkmenistan is perfectly possible if you arrive with your own vehicle, but it’s expensive and full of hassles (road blocks, poor roads) and extra charges. Significantly, there’s also a road tax calculated by the kilometre for your route through the country. 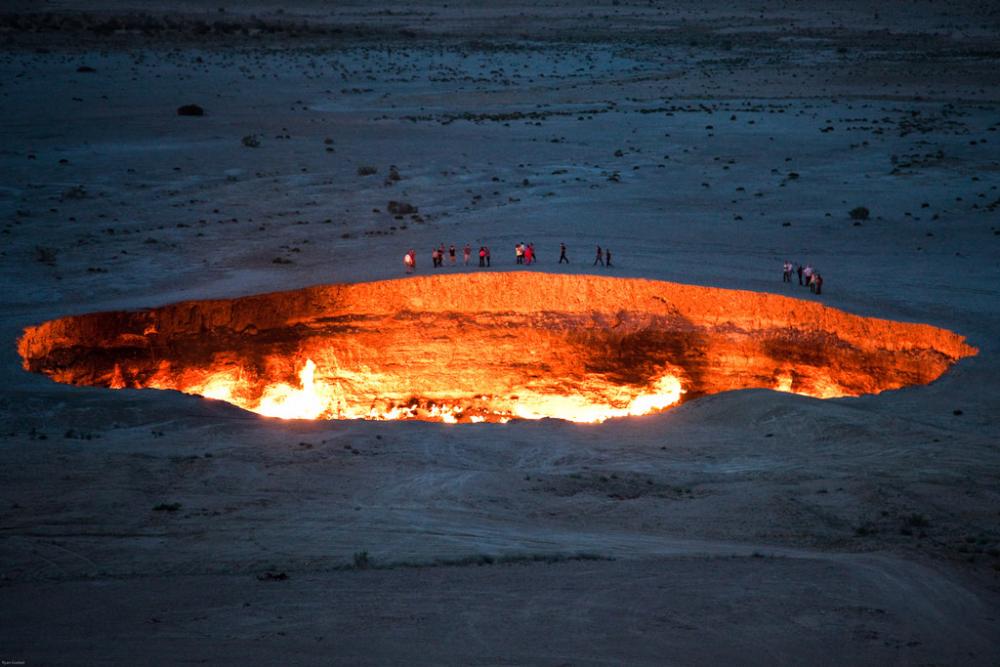