A practical foreign exchange and currency guide to Kazakhstan

What's in this Kazakhstan currency guide:

What currency is used in Kazakhstan?

The official currency of Kazakhstan is the Kazakhstani tenge, with symbol лв and currency code KZT.

Things to know about the Kazakhstani tenge 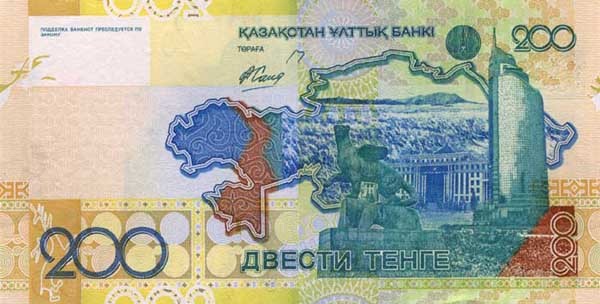 The below comparison table makes it easy to find the best exchange rates and lowest fees when you want to make a Transfer or Spend Kazakhstani tenge.

Kazakhstan is one of the few countries in the world that can still be considered as an off-the-beaten-path destination. It’s the 9th largest country in the world so there’s a lot for you to explore. From arid plains, endless steppes and tiny dusty villages in the desert to lush valleys, glacial lakes, snowcapped mountains and modern cities.

The biggest city, Almaty, is almost reminiscent of Europe with its leafy avenues, chic ALZhiR Museum-Memorial Complex, glossy shopping centres and hedonistic nightlife. The capital Astana, on the windswept northern steppe, has been transformed into a 21st-century showpiece with a profusion of bold futuristic architecture. But it’s beyond the cities that you’ll find the greatest travel adventures, whether hiking in the high mountains and green valleys of the Tian Shan, searching for wildlife on the lake-dotted steppe, enjoying homespun hospitality in village guesthouses, or jolting across the western deserts to remote underground mosques.

What currency should I use in Kazakhstan?

The official currency of Kazakhstan is the Kazakhstani Tenge (KZT). 1USD is about 340 tenge. ATM’s are very easy to find in the cities but make sure to bring cash money when you visit remote villages and regions. There are also plenty of exchange offices, especially in the big cities, in case you want to exchange some dollars or euros.

Getting around in Kazakhstan.

Kazakhstan is a big country so the easiest and most comfortable way of getting around in the country is by taking a train. It’s a cheap way to travel long-distances through this vast country, there are regular connections between all the main cities and towns and you’ll also meet many locals along the way. Kazakhstan has excellent international air connections through numerous carriers including the good national airline, Air Astana. Between them, Astana Airport and Almaty Airport have numerous direct connections to Europe, Asia and Central Asia, as well as the Gulf States.

Traffic police and poor roads (in that order) are the main hazards of driving in Kazakhstan. Main intercity roads may have bad, potholed stretches but are mostly in decent condition. Huge infrastructure projects are massively improving some major trunk routes. Traffic police may stop motorists just to check their papers, and have a reputation for finding irregularities that they may then overlook if bribed

When entering the country – whether it’s in the airport or at a land border – you have to fill in a migration card. This card will be stamped twice at the passport control upon arrival, which indicates that you’re registered. This is the registration card that you have to keep with you throughout your stay in Kazakhstan.

One of Kazakhstan’s most curious sights is the Buddhist rock carvings and paintings of bodhisattvas at Tamgaly Tas, (literally, ‘stones with signs’) found on the banks of the Ili River, 100 miles north of Almaty.

There are no required vaccinations for entering Kazakhstan, but Hepatitis A and Tetanus are advisable and Hepatitis B, Rabies, Tick-Borne Encephalitis and Typhoid are worth considering. If coming from a country at risk from yellow fever, you must bring a yellow fever vaccination certificate.

In general, tap water is not safe to drink in Kazakhstan. Some locals do, or have filters attached to their taps, but it’s best to err on the side of caution and either boil the water or buy bottled water.