Ant Financial, the Chinese fintech giant that recently acquired WorldFirst, has set its sights on Europe, where it plans to take its share of both cross-border and point-of-sale payments.

Ant Financial are not resting on their laurels. The Alibaba affiliate and new owner of WorldFirst—a money transfer specialist purchased for $700 million in February—is keen to broaden the scope of its payments offerings and has a particular focus on Europe, starting with the UK.

Ant Financial’s European objective has been somewhat forced following the US government’s decision in 2018 to block Ant’s acquisition of US-based MoneyGram International over national security concerns.

An Ant spokesperson said following the 2018 ruling that he hoped that the US would one day “create a fair and predictable environment for Chinese enterprises to invest in,” but until then, the fintech giant seems happy enough to make strides into more open European markets.

The announcement last week of Ant’s partnership with Barclaycard, which handles half of the UK’s credit and debit card transactions, means that consumers will soon be able to pay for goods in the UK using the Alipay app—the digital wallet used by 700 million Chinese. Crucially, retailers will not have to replace point-of-sale equipment.

The Alipay option is expected initially to be a means of serving China’s exploding outbound tourist sector—one that spent nearly US$300 billion overseas in 2018—but it might soon be promoted to Europeans themselves as an alternative to “contactless” cards.

As for WorldFirst, which continues to offer one of the very best services for cross-border money transfers and which was, like Barclaycard, a British business until last month, it stands to benefit from the deep pockets of its new owner—an owner that raised more money last year than all American and European fintechs combined.

Just eighteen days after WorldFirst joined the Ant Financial family, it used its new-found wealth to make its own acquisition, this time for CurrencyVue—the creators of a real-time foreign exchange risk management platform that integrates with market-leading ERP and accounting systems.

In its own words, WorldFirst’s new capabilities “will enable our SME and online seller clients to integrate their international transactions and exposures with leading platforms such as Xero, Netsuite and Quickbooks … and to automate payments of foreign currency invoices.”

New business offerings are likely necessary at a time when the payments industry is undergoing rapid change and when competition for retail (non-business) clients is hotting up: the likes of TransferWise and Revolut now offer heavily discounted money transfers without WorldFirst’s minimum transaction sizes.

For Ant Financial and massive Chinese companies like it, a new dawn is breaking. Their ventures into the West mean that established European firms in the same tech space need to raise their game; without doing so, they might be trampled by those coming to flex serious financial muscles and already proven to be among the world’s best innovators.

WorldFirst mentions in the News 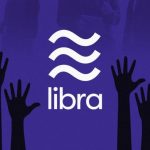 Enthusiasts would have us believe that Facebook’s own digital currency, Libra, will instantly revolutionize the remittance industry upon its release in 2020 — except it won’t. A harsher reality awaits, with conversion costs, capital gains taxes and a lack of Libra-priced goods all likely to limit its appeal. 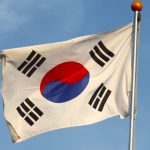 The number of international money transfers handled by fintech providers in South Korea has grown 2,500 percent in little over a year, the country’s financial regulator has said.

Fintechs vs. Banks: Remittance War Rages On as FX Costs Slashed for Millions 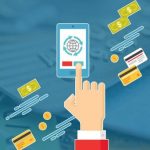 For many currency routes, FX costs have been slashed in recent years by a number of industry-disrupting fintechs, allowing such firms to slice great chunks from the banking sector’s lucrative remittance markets. Banks are fighting back, though, by developing low-cost, digital offerings of their own.