A practical foreign exchange and currency guide to Tajikistan

What's in this Tajikistan currency guide:

What currency is used in Tajikistan?

The official currency of Tajikistan is the Tajikistani somoni, with symbol TJS and currency code TJS.

Things to know about the Tajikistani somoni

The below comparison table makes it easy to find the best exchange rates and lowest fees when you want to make a Transfer or Spend Tajikistani somoni.

The term ‘predominantly mountainous’ doesn’t do justice to a country where over 90% of the land is upland. This fact of nature has given Tajikistan a precious advantage over its neighbours, namely some of the most inspiring, high-altitude landscape in the world. Within an hour of Dushanbe lie multi-hued lakes, peaks that beg to be climbed and high passes that thrill even reluctant travellers.

In among this natural splendour are scattered villages and towns that survive cheek-by-jowl through each extreme season. It hasn’t been easy for these traditional communities to adapt to the changing world beyond their mountain strongholds, but despite this they are unfailingly welcoming of outsiders and cheerfully excuse cultural faux-pas as part and parcel of their proud democracy. For visitors tolerant of a few travelling hardships (outdoor loos, cold water, potholed roads), the country more than compensates with a rare glimpse into life lived on ‘The Roof of the World’.

Rough and rugged Tajikistan is a place where few travellers venture, but with recent improvements in tourism infrastructure, now is the time to enter this amazing country. Whether you’re planning to take on one of the worlds most epic road trips (The Pamir Highway), or you just want to sip espresso from a cafe in Dushanbe, Tajikistan has it all. If you’re the type of traveller who seeks adventure where few other travellers go, then you’ve come to the right place. Tajikistan is one of the least visited countries in Central Asia, and Central Asia is one of the least visited regions on Earth… so get ready for an off the beaten path experience that you’ll never forget.

What currency to use in Tajukistan?

The currency in Tajikistan is called the Tajik Somoni or Som for short. The exchange rate at the time of writing was $1USD = 4.9 TJS. Denominations come in 1, 3, 5, 10, 20, 50, 100, 200 and 500 notes. There are no ATMs on the Pamir Highway except in Khorog, but even the ATM there can be unreliable. You can take out USD and TJS from ATMs in Dushanbe and some other cities. In small towns, you can withdrawal TJS only and sometimes you won’t be able to find an ATM at all. ATMs accept Visa, Mastercard and Maestro, which means that they usually also accept Plus and Maestro debit cards.

How to get around in Tajikistan?

The bus/minibus network is limited, though the new Asia Express bus company is slowly expanding. For now shared taxis are the only public transport between Dushanbe and Penjikent or Khojand, while shared 4WDs are the main link to Khorog and Murgab.

Travellers commonly organise themselves into groups to rent chauffeured 4WD vehicles in the Pamirs or for chartering a whole shared taxi/vehicle to enable more frequent stops en route. Motorcylists struggle to negotiate the rough terrain along the Pamir Hwy, but this is becoming an increasingly popular form of transport that requires carefully planning from home.

Many cyclists test their stamina on a multiday, multi-country trip through Tajikistan and Central Asia. This requires not just fitness but also basic mechanical knowledge and skills and some spare parts (not readily available in country) as remote sections of the Pamir Hwy take their toll on both bike and rider. 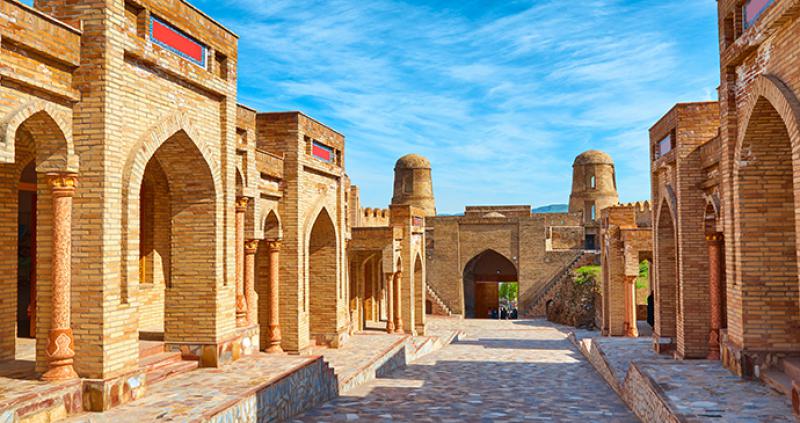 The Pamir Highway (M41) is the second highest road on earth (next to the Karakorum in Pakistan) and it traverses the Pamir Mountains through Afghanistan, Uzbekistan, Tajikistan and Kyrgyzstan. The majority of the highway is in Tajikistan and it is one of the main tourist draw cards for the country. Most commonly, travellers drive the length of the Tajik highway between Osh (Kyrgyzstan) in the north and Khorog in the south (most travel South to North but trips can go both ways).

The trip can take anywhere from 1 week to 2 months depending on how much you stop and what you decide to see. You will pass through some of the most impressive mountain ranges on earth including the Hindu Kush (Hindu Killers) and the Pamirs themselves. The scenery on this drive is spectacular and it is a road trip like no other. What makes the drive so memorable are the many turnoffs and side trips that lead away from the M41 itself. Expect to trek to mountain lakes, spot endangered Marco Polo sheep and sleep in yurts along the way. It’s best to organize this trip from Dushanbe (heading north), Osh or Murghab (heading south).

Other than the Pamir Highway trip, this is probably the most popular excursion to take in Tajikistan. Located in the Sughd Province in northern Tajikistan, these stunning, snow-capped peaks are the perfect place for hikes, treks and exploration. The area is also known as “The Land Of Lakes”, thirty of which can be seen rather easily and each displays its own color. The Fann Mountains provide a great alternative for those who don’t want to embark on the epic Pamir Highway trip, but still want to see the beautiful scenery that Tajikistan is famous for.