A practical foreign exchange and currency guide to Indonesia

What’s in this Indonesia currency guide:

What currency is used in Indonesia?

The official currency of Indonesia is the Indonesian rupiah, with symbol Rp and currency code IDR.

Things to know about the Indonesian rupiah

The Indonesian rupiah is the world’s thirty-first most traded currency (as of 2016) and contributes to 0.2% of foreign exchange market turnover.

Having been ravaged by inflation for much of its history, the rupiah is now one of the least valuable units of currency in the world, requiring more than 13,000 of them to buy a single US dollar (as of 2017).

Officially, the rupiah is subdivided into 100 sen, although sen are not in active use in Indonesia since they are essentially worthless.

As an ‘exotic’ currency, participation in the market for rupiahs is naturally less than in the markets for more established currencies, such as euros or New Zealand dollars. For this reason, the price you will pay to change your money into or from rupiahs (the “price” being equivalent to a money changer’s buy-sell spread) will be significantly higher relative to the amount being changed than it would be for one of those other, more established currencies.

As an exotic, the rupiah is also considered riskier than currencies from major developed nations, which means that its value will fall against the FX majors (especially JPY, USD, CHF, GBP and EUR) during periods of economic uncertainty or when global geopolitical risk is elevated, or during bouts of high market volatility.

The below comparison table makes it easy to find the best exchange rates and lowest fees when you want to make a Transfer or Spend Indonesian rupiah.

From the cool white sands and raucous volcanoes of Bali to the vibrant capital city of Jakarta to the untouched lands of Sumatra, you can always find something different here. Indonesia is home to a vast array of indigenous animals, too (including the Komodo dragon!). With extremely inexpensive local food and reasonably-priced accommodation, it’s no wonder Indonesia is a popular destination among so many travelers.

This beguiling nation of over 17,000 islands has massive potential for adventures. It’s hard to beat Indonesia for the sheer range of experiences on offer. The world’s fourth-most-populous country is like 100 countries melded into one: a sultry kaleidoscope of a nation that sprawls along the equator for 5000km. 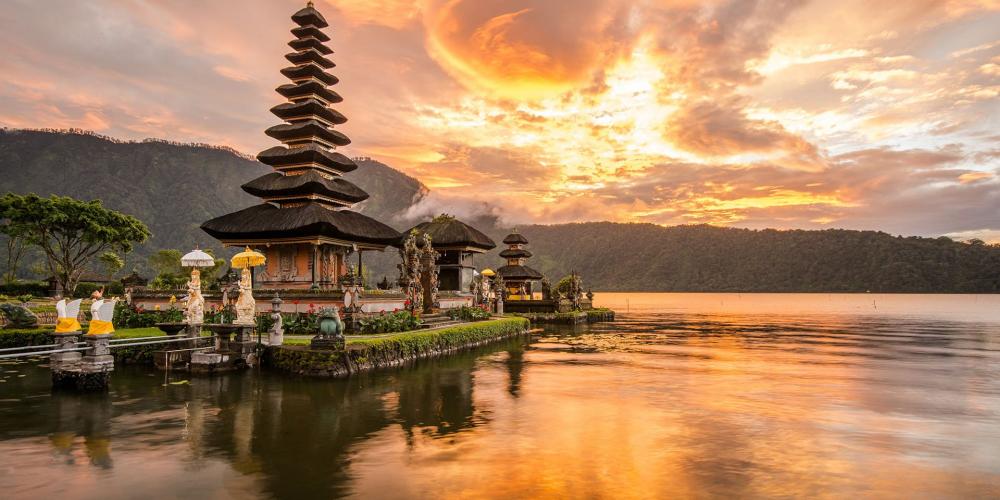 Ulun Danu Bratan is a temple iconic to Bali.

What currency is used in Bali and Indonesia?

The local money in Bali and Indonesia is the Indonesian Rupiah (IDR), commonly also abbreviated to Rp. Tell your bank about your travel plans two weeks before you leave. Card activity in a foreign country could be mistaken for fraud and you could find your account frozen. Pack your credit card, but you’ll probably only be able to use it in the more high-end hotels, shops and restaurants. Most businesses prefer to deal in cash.

ATMs are common in towns and cities, and you’ll have no trouble finding them in Bali. When ATMs detect a foreign card, they’ll offer you the choice of instructions in English or Indonesian. Remember that you’ll be charged a foreign exchange fee and a withdrawal fee for every transaction – which can add up to as much as $20. You’ll have no trouble finding money changers in tourist areas. Most will exchange Australian dollars, US dollars and Euros for Indonesian Rupiah. Once you go off the beaten path, your options become more limited so you’ll need to make sure you have plenty of Rupiah already on you.

When changing to Rupiah in Bali you should be very careful. There are a lot of dodgy currency exchange providers looking to cheat you with a poor exchange rate. Consider ordering Rupiah online before you leave or if you must convert in Bali then check the exchange rates against the market rate below. 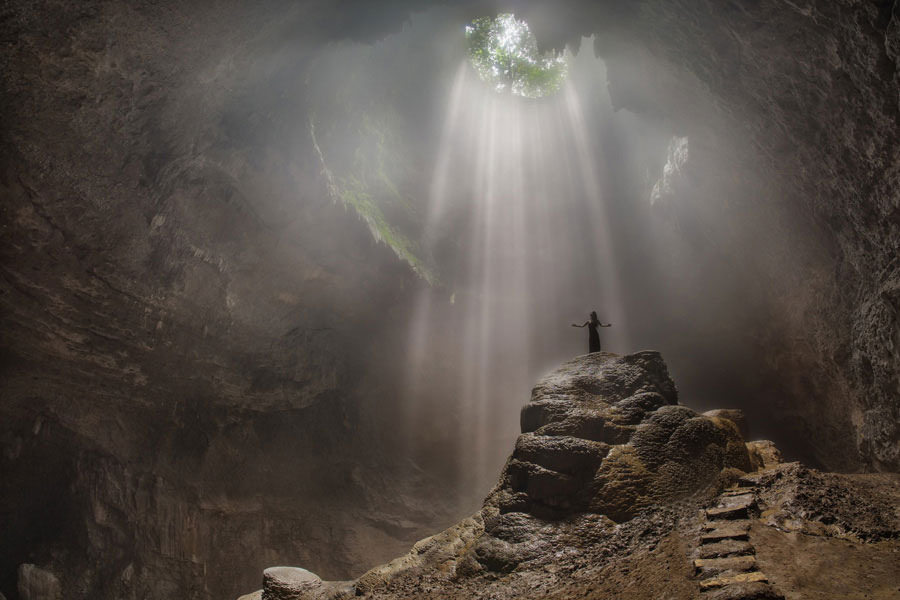 Travel tips for Bali and Indonesia.

Unless you are a foreign national from a few select countries, you will need an Indonesian visa to enter Bali. According to Directorate General of Immigration Indonesia, citizens from a number of regions can enter Indonesia visa free for short visits of up to 30 days so be sure to check when planning your trip.

Sumatra is contoured by a legion of nearly 100 volcanoes marching off into the distance, several capable of erupting at any time.Bali’s beaches are the stuff of legend, but you don’t have to travel far to find even more beautiful and less touristed stretches of sand in Nusa Tenggara. The Banda islands in Maluku, Derawan in Kalimantan and Pulau Weh off Sumatra all offer superb beaches too.

How to travel in Bali and Indonesia?

Air travel is the quickest and most convenient way of getting around Indonesia, and sometimes the only way to reach certain parts of the archipelago. There are an ever-changing number of domestic airlines, and flights are generally inexpensive. Bear in mind that flights to remote destinations are prone to cancellation, as well as delays, especially in periods of bad weather.

Sumatra, Java, Bali, Nusa Tenggara and Sulawesi are all connected by regular car ferries, and you can use them to island-hop all the way from Sumatra to West Timor. Local ferries run several times a week or daily (or even hourly on the busy Java–Bali–Lombok–Sumbawa routes). Check with shipping companies, the harbour office, travel agents or hotels for current schedules and fares. There’s a whole range of boats you can use to hop between islands, down rivers and across lakes. Just about any sort of vessel can be rented in Indonesia. 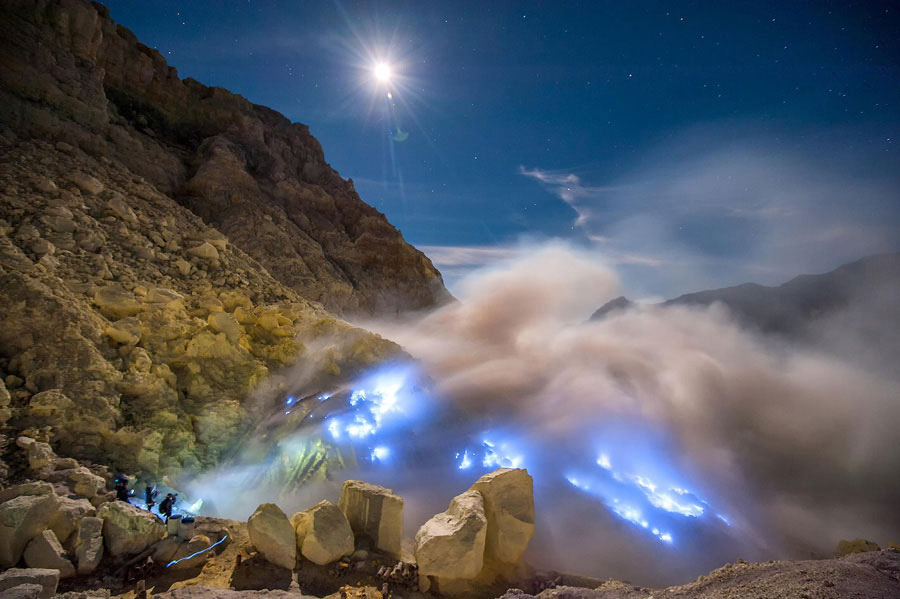 The glowing blue lava at Kawah Ijen Volcano.This is especially true on the busy routes linking Bali, Nusa Lembongan, Lombok and the Gilis, where both the fast tourist boats and the public car ferries have had accidents. Given Indonesia’s poor record, it is essential that you take responsibility for your own safety, as no one else will.

Buses are the mainstay of Indonesian transport (excepting Papua and Maluku). At any time of day, thousands of buses in all shapes and sizes move thousands of people throughout Indonesia. The ‘leave-when-full’ school of scheduling applies to almost every service, and ‘full’ sometimes means the aisles are occupied too.

With reasonable fitness, a bit of preparation and a ton of common sense, a cyclist will enjoy an incomparable travel experience almost anywhere in the archipelago. The well-maintained roads of Bali, Lombok, East Java and South Sulawesi are suitable for cyclists of all ability levels, while the adventuresome can head for the hills along the length of Sumatra or Nusa Tenggara. 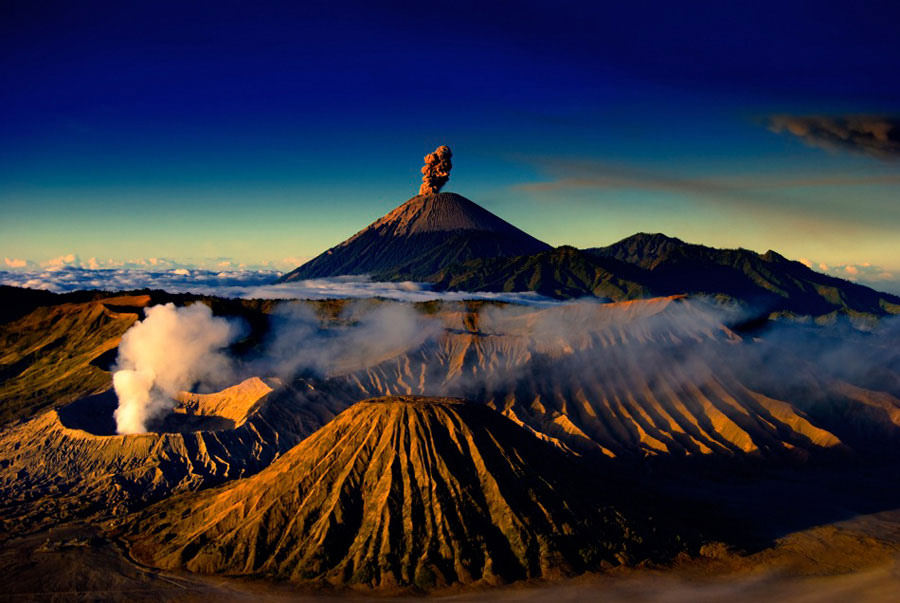