A practical foreign exchange and currency guide to Kenya

What’s in this Kenya currency guide:

What currency is used in Kenya?

The official currency of Kenya is the Kenyan shilling, with symbol KSh and currency code KES.

Things to know about the Kenyan shilling 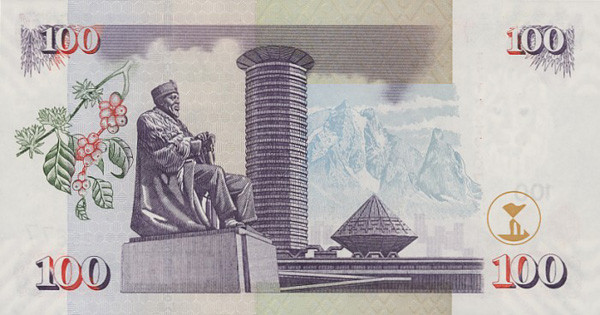 The below comparison table makes it easy to find the best exchange rates and lowest fees when you want to make a Transfer or Spend Kenyan shilling.

Filling the country’s landscape, adding depth and resonance to Kenya’s age-old story, are some of Africa’s best-known peoples. The Maasai, the Samburu, the Turkana, the Swahili, the Kikuyu: these are the peoples whose histories and daily struggles tell the story of a country and of a continent.

The abundance of Kenya’s wildlife owes everything to one of Africa’s most innovative and successful conservation communities. Through some pretty tough love – Kenya pioneered using armed rangers to protect rhinos and elephants – Kenya stopped the emptying of its wilderness and brought its wildlife back from the brink after the poaching holocaust of the 1970s and 1980s.

Nairobi uses the Kenyan Shilling. ATMs are readily available in Nairobi. Be sure to always carry cash as a backup in case the power goes down, the ATM is out of order, or you lose or break your plastic. If you plan on withdrawing money or using your credit card while travelling, don’t forget to notify your bank before you go for security purposes and check what international withdrawal fees may apply to your card. Credit cards are accepted at a growing numbers of shops, restaurants and hotels in Nairobi. You can usually use plastic to pay for flights and train tickets too. However, be wary of scams. Visa and MasterCard are the most widely accepted cards; double check with your bank before you travel about accessing your various accounts while in Nairobi.

Getting around in Kenya?

Including the national carrier, Kenya Airways, a handful of domestic operators of varying sizes run scheduled flights within Kenya. Destinations served are predominantly around the coast and the popular national parks, where the highest density of tourist activity takes place. Most operate small planes and many of the ‘airports’, especially those in the parks, are dirt airstrips with very few if any facilities.

With all airlines, be sure to book well in advance (this is essential during the tourist high season). You should also remember to reconfirm your return flights 72 hours before departure, especially those that connect with an international flight. Otherwise, you may find that your seat has been reallocated. Chartering a small plane saves you time and is the only realistic way to get to some parts of Kenya. However, it’s an expensive affair and may only be worth considering if you can get a group together.

Sailing on a traditional Swahili dhow along the East African coast is one of Kenya’s most memorable experiences. And, unlike on Lake Victoria, a good number of traditional routes are very much still in use. Dhows are commonly used to get around the islands in the Lamu archipelago and the mangrove islands south of Mombasa.

Inaugurated in 2017, the new high-speed Nairobi–Mombasa rail service has cut travelling time from 18 hours (the old train service) to just 4½ hours. It’s faster, cheaper and safer than taking the bus. The service stops in Mtito Andei and Voi.

Kenya has an extensive network of long- and short-haul bus routes, with particularly good coverage of the areas around Nairobi, the coast and the western regions. Services thin out the further from the capital you get, particularly in the north, and there are still plenty of places where you’ll be reliant on matatus. Matatus, usually in the form of minivans, are the workhorses of Kenya’s transport system. Apart from in the remote northern areas, where you’ll rely on occasional buses or paid lifts on trucks, you can almost always find a matatu going to the next town or further afield, so long as it’s not too late in the day. Simply ask around among the drivers at the local matatu stand or ‘stage’.

While Kenya is a comparatively safe African destination, there are still plenty of pitfalls for the inexperienced traveler. From everyday irritations to more serious threats. A little street sense goes a long way here, and getting the latest local information is essential wherever you intend to travel.

There are a few security considerations to think about when taking a bus in Kenya. Some routes, most notably the roads from Malindi to Lamu and Isiolo to Marsabit, have been prone to attacks by shiftas (bandits) in the past; check things out locally before you travel. Another possible risk is drugged food and drink: it is best to politely refuse any offers of drinks or snacks from strangers.

Before you travel to Kenya, make sure that you are up to date on all immunizations. Although there are currently no inoculations that you must have when traveling to Kenya, if you intend to visit other countries such as the Democratic Republic of Congo, Rwanda, Egypt, or other such areas that may be deemed infected, you will need inoculations. If you will be traveling to the Kenyan coast or Western Kenya, it is advisable to take anti-malaria pills.