A practical foreign exchange and currency guide to Turkey

What's in this Turkey currency guide:

What currency is used in Turkey?

The official currency of Turkey is the Turkish lira, with symbol ₺ and currency code TRY.

Things to know about the Turkish lira

The below comparison table makes it easy to find the best exchange rates and lowest fees when you want to make a Transfer or Spend Turkish lira.

From the ancient port city of Ephesus (Efes) to the soaring Byzantine dome of Aya Sofya, Turkey has more than its fair share of world-famous ruins and monuments. A succession of historical figures and empires – including the Romans, Byzantines and Ottomans – have all left their mark on this former stopover along the Silk Road. Experiencing their legacy takes you from the closeted quarters of the sultan and his harem in İstanbul’s sprawling Topkapı Palace to the romantic and mysterious Lycian ruins on Mediterranean beaches.

In Turkey cash machines that dispense Lira are everywhere, usually with around a 2% conversion, and probably a $5 transaction fee from your bank per transaction. The Euro is accepted in some places, and the American dollar almost nowhere. Turkey businesses have a bit of a ‘get a little more if you can’ attitude so check your bills and if you would prefer not using your credit card perhaps purchase a Prepaid Travel Card before leaving. The Turkish haggle so if you are a stern haggler you can get items up %40 of the price initially quoted. 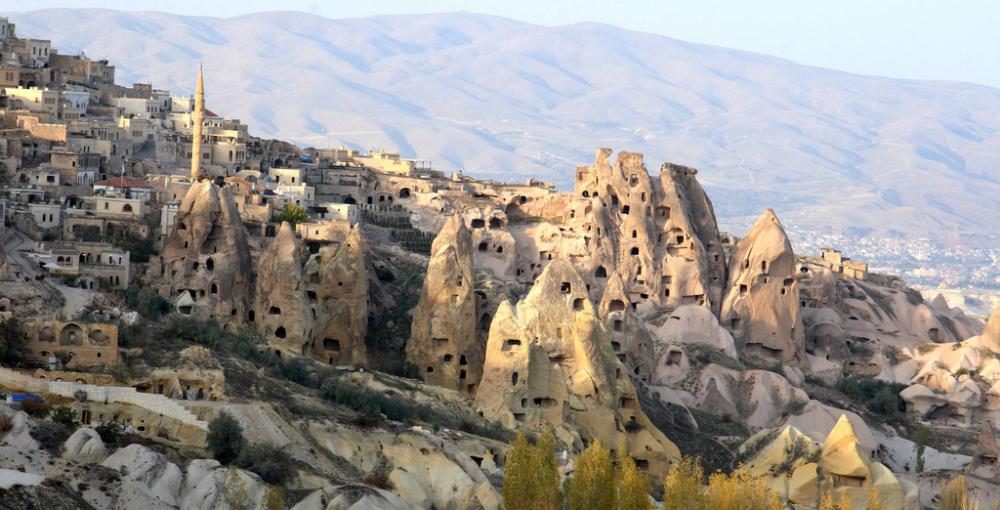 Turkey’s intercity bus system is as good as any you’ll find, with modern, comfortable coaches crossing the country at all hours and for very reasonable prices. On the journey, you’ll be treated to hot drinks and snacks, plus liberal sprinklings of the Turks’ beloved kolonya (lemon cologne).

Don’t believe taxi drivers at otogars who tell you there is no bus or dolmuş to your destination; they may be trying to trick you into taking their taxi. Check with the bus and dolmuş operators. Because most bus stations are some distance from the town or city centre, the bus companies often provide free servis (shuttle buses). These take you to the bus company’s office or another central location, possibly with stops en route to drop off other passengers. Ask ‘Servis var mı?’ (‘Is there a servis?’). Rare cities without such a service include Ankara and Konya.

Turkey’s diverse landscapes, from Aegean olive groves to eastern steppe, provide a lyrical setting for its many great ruins. The country’s most magical scenery is to be found in Asian Anatolia, where beautiful vistas are provided by the vertiginous Mediterranean coastline, Cappadocia’s otherworldly ‘fairy chimney’ rock formations and wavy valleys, the alpine pastures of the Kaçkar Mountains, and golden beaches such as 18km-long Patara.

The best thing about sampling Turkey’s delicious specialties – ranging from meze on a Mediterranean harbour to a pension breakfast featuring ingredients fresh from the kitchen garden – is that they take you to the heart of Turkish culture. For the sociable and family-orientated Turks, gathering together and eating well is a time-honoured ritual. So get stuck into olive oil–lathered Aegean vegetables, spicy Anatolian kebaps and dishes from Turkey’s many other corners – and as you drink a tulip-shaped glass of çay and contemplate some baklava for dessert, remember that eating is deepening your understanding of Turkey.