A practical currency and money guide to travel, living and doing business in Tuvalu and the Australian dollar (AUD).

What's in this Tuvalu currency guide:

The official currency of Tuvalu (country code: TV) is the Australian dollar, with symbol A$ and currency code AUD.

Things to know about the Australian dollar

The Australian dollar is the fifth most traded currency in the world. Here are a few things to know about the AUD:

Australians are more focussed on their currency exchange rate than are the citizens of most other countries, along with perhaps the British and Canadians. This is may be due to the open and trading nature of the Australian economy and also due to their love of 'overseas' travel.

The Australian dollar banknotes and coins

The banknotes feature images of famous Australian historical figures, such as Edith Cowan, David Unaipon, and Mary Reibey. The design of the currency is constantly being updated, so the physical appearance of the coins and banknotes may vary slightly over time.

Because Tuvalu is one of those off-the-beaten-track destinations (most of your friends won’t know where it is when you say you’re going there), it can be handy to have a bit of pre-travel information up your sleeve before arriving. Tuvalu is a remote island nation in the Pacific Ocean. It’s just south of the Equator, west of the International Date Line, two hours by air north of Fiji and part of the Commonwealth. It consists of nine islands and atolls (three true islands and six coral atolls), of which the main one is Funafuti, an atoll with the country’s only airstrip. Visitors are issued with a free 30-day tourist visa on arrival, and there’s no departure tax.

The local currency of Tuvalu is the Australian dollar, with Tuvaluan coins featuring Queen Elizabeth II on one side and local marine life (turtles, octopus, flying fish) on the other. There are no ATMs and credit cards aren’t accepted anywhere, so it’s cash-only even at hotels and guesthouses. 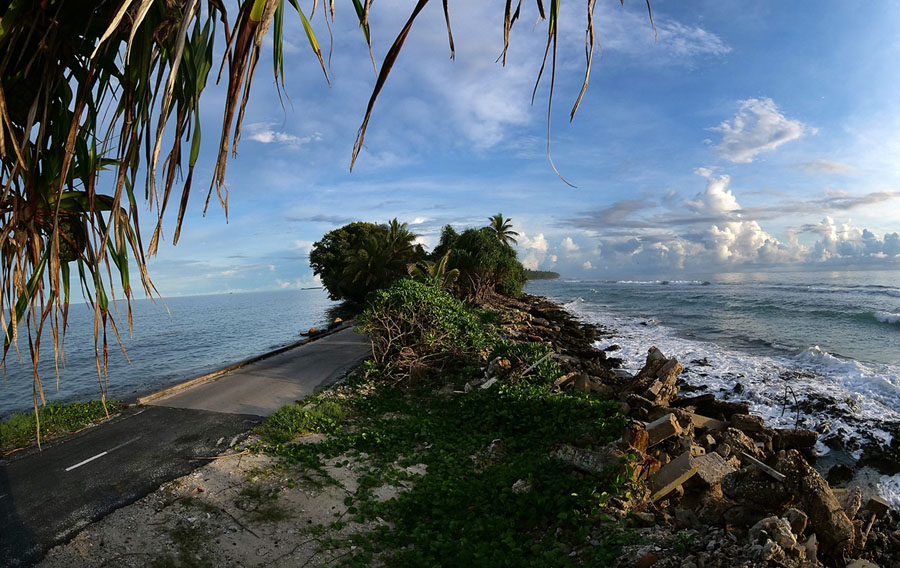 Getting around in Tuvalu?

In Funafuti, the best way to get around on the main island (called Fongafale) is by motorbike – rent one for $10 a day or hitch a ride on the back of someone else’s. No one wears a helmet, and there don’t seem to be any available for rent, but people tend to ride slowly and there’s little traffic. There are no flights to Tuvalu’s outer islands; they’re accessible by passenger ferry from Funafuti, and it can be a long trip (overnight or multi-day trips aren’t uncommon).

Most Tuvaluans speak English, even if they’re shy of using it, and all signs are in English. Still, it’s a good idea to learn a few words of Tuvaluan as an icebreaker, such as “talofa” (hello), “fafetai” (thank you) and “fetaui” (see you later).

Managing your finances in Tuvalu

Here we list some key points for expats and businesses to consider when managing financial dealings in Tuvalu:

The exchange rate of Australian dollar (AUD), or the amount of AUD that can be exchanged for a foreign currency, can fluctuate rapidly based on a number of factors, including economic conditions, interest rates, and political events. Below you can check the latest AUD/USD rate plus recent trend, chart, forecasts and historic rates.

The below comparison table makes it easy to find the best exchange rates and lowest fees when you want to make an International Money Transfer to Tuvalu or planning a trip or maybe living there, so will need to exchange and spend Australian dollar.

It is important to note that the exchange rate of the Australian dollar can change rapidly and that past performance is not necessarily indicative of future performance. It is advisable to carefully consider the risks and factors that may affect AUD exchange rates before making any financial decisions.

The Australian dollar is also the domestic currency in 7 other countries.