A practical foreign exchange and currency guide to Ireland

What's in this Ireland currency guide:

The official currency of Ireland is the euro, with symbol € and currency code EUR.

Major banks are forecasting the eurozone common currency to fall again to the $US0.95 level by the end of the year.

Ireland is a beautiful country filled with rolling green hills, castles, beautiful cliffs, Guinness beer, and super-friendly locals. Dublin is a lively city with great pubs and history while the country is filled with beautiful landscapes and castles, so it’s hard not to have a good time here. The country is small so it’s easy to explore the whole thing, it is vibrant and fun.

History is everywhere, from the breathtaking monuments of prehistoric Ireland at Brú na Bóinne, Slea Head in Kerry and Carrowmore in Sligo, to the fabulous ruins of Ireland’s rich monastic past at Glendalough, Clonmacnoise and Cashel. 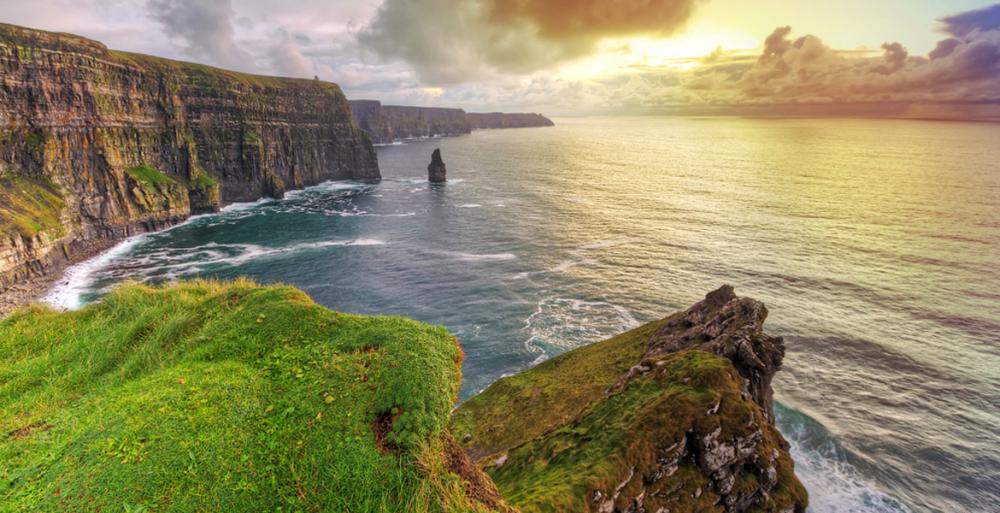 The Euro has been the currency in circulation in Ireland since the beginning of 2002. It replaced The Irish pound (“punt Éireannach” in Irish). There are two currencies in use on the island of Ireland, so come prepared. You should be aware that as part of the UK, Northern Ireland uses pound sterling, not the euro. Since international bank cards will work perfectly in ATMs and chip and pin terminals on both sides it won’t make a huge difference, but it’s worth knowing if you’re planning to shop. In the 6 counties of Northern Ireland (Fermanagh, Armagh, Tyrone, Derry, Antrim and Down), sterling (GBP) is the currency used.

Ireland is extremely well-served by budget airlines traveling throughout the UK and Europe. By booking in advance with the likes of Ryanair, Easyjet, and BMIBaby, you can get cheap flights from Ireland to elsewhere in the world. Ireland’s size makes domestic flying unnecessary, but there are flights between Dublin and Belfast, Cork, Derry, Donegal, Galway, Kerry, Shannon and Sligo aimed at passengers connecting from international flights. Flights linking the mainland to the Aran Islands are popular.

For cheap bus travel take the Green bus like most locals, they service most of Ireland. Eat at the pubs for good, hearty local Irish food that won’t destroy your wallet. If you like visiting heritage sites grab a OPW Heritage card. It gives access to main attractions, including most of the castles throughout the country. The card costs 25 EUR for adults. 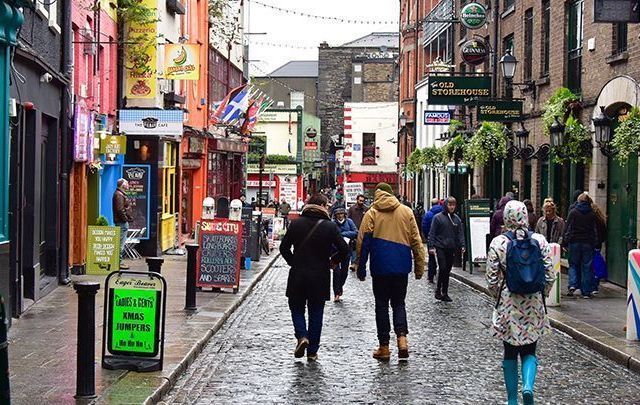 Ireland’s compact size and scenic landscapes make it a good cycling destination. However, unreliable weather, many very narrow roads and some very fast drivers are major concerns. Special tracks such as the 42km Great Western Greenway in County Mayo are a delight. A good tip for cyclists in the west is that the prevailing winds make it easier to cycle from south to north.

Everything you’ve heard is true: Ireland is a stunner. The locals need little prodding to proclaim theirs the most beautiful land in the world, and can support their claim with many examples. Everyone will argue over the must-sees but you can’t go wrong if you put on your to-visit list the brooding loneliness of Connemara, the dramatic wildness of Donegal, the majestic mountains of Mourne, the world-famous scenery of counties Kerry and Cork, and the celebrated Causeway Coast.

Buses won’t stop unless you put your hand out. If you are taking the bus this is vitally important. But be warned, some days even putting your hand out and waving it around won’t be enough to make them stop. So don’t be surprised if you see people at the bus stop jumping up and down in desperation when the bus is in view.