A practical foreign exchange and currency guide to Spain

What's in this Spain currency guide:

What currency is used in Spain?

The official currency of Spain is the euro, with symbol € and currency code EUR.

There’s always an excuse to visit Spain… whether it’s for the glorious sunshine, lazy-day siestas or soaking up those beautiful sights – the whole country is a open book of experiences that are definitely too beautiful to resist. The Pyrenees and the Picos de Europa are as beautiful as any mountain range on the continent, while the snowcapped Sierra Nevada rises up improbably from the sun-baked plains of Andalucía; these are hiking destinations of the highest order. The wildly beautiful cliffs of Spain’s Atlantic northwest are offset by the charming coves of the Mediterranean. And everywhere you go, villages of timeless beauty perch on hilltops, huddle in valleys and cling to coastal outcrops as tiny but resilient outposts of Old Spain. That’s where the country’s charms are most likely to take hold.

The euro is the only currency accepted in Spain, and it is unlikely you’ll be able to use anything else, even in the airport. It may be possible to exchange old Spanish peseta notes in a bank, but the easiest way to get Euros is to use an ATM. ATMs are available  everywhere in the larger cities, in the smaller towns you may have to walk a bit to the nearest one. Pickpocketing is something to watch out for in Spain, so instead of carrying your main credit card on you purchasing a Prepaid Travel Card before leaving home may save unnecessary hassles. 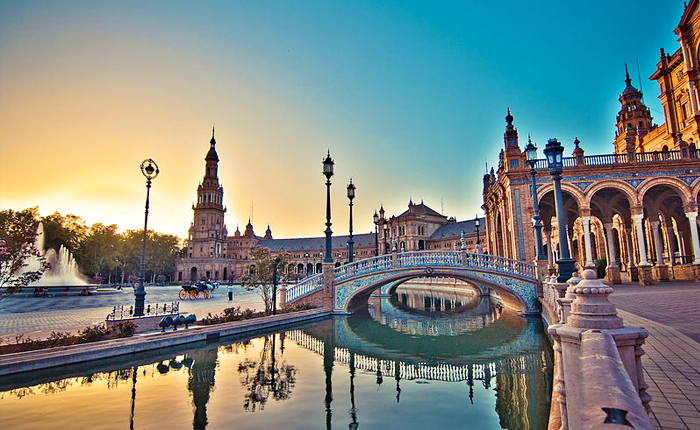